During this example we'll follow two Acme developers, Jamie Bowen & Jamie Public as they collaborate on a new project.

Jamie Bowen has created a Jira ticket for the creation of a project README.md, it's ID is OpenFLOW-1640 and created a branch from master for work called feature/OpenFLOW-1640-write-into-readme-section

Both Jamie Bowen and Jamie Public have created private forks of the OpenFLOW-Acme repository.

Here we can see that Jamie Bowen has added Line 1 to the readme and pushed it to his private fork on the Bitbucket Server; 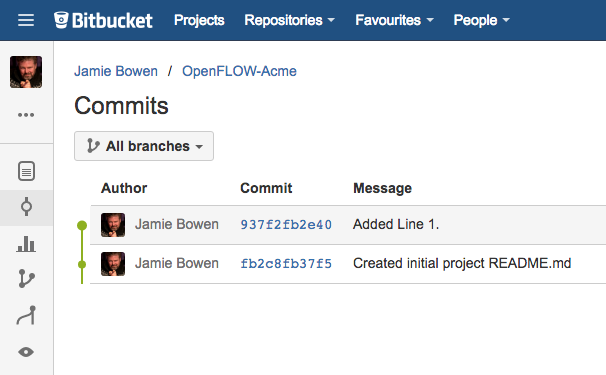 Jamie Public has Added line 2 to the README.md file and pushed that to his private form of OpenFLOW-Acme; 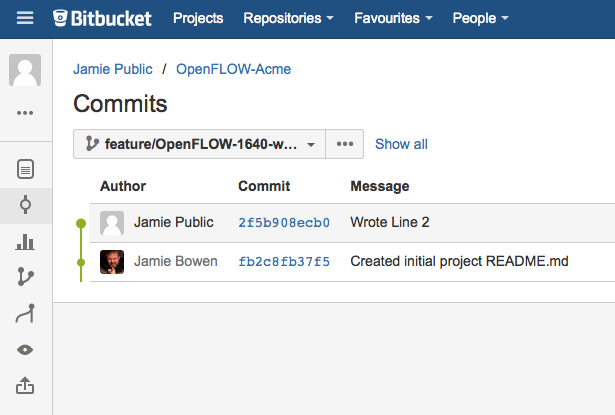 Now Jamie Bowen creates a pull request to have commit 937f2fb2e40 into the main feature branch, feature/OpenFLOW-1640-write-into-readme-section's of the OpenFLOW-Acme central repository; 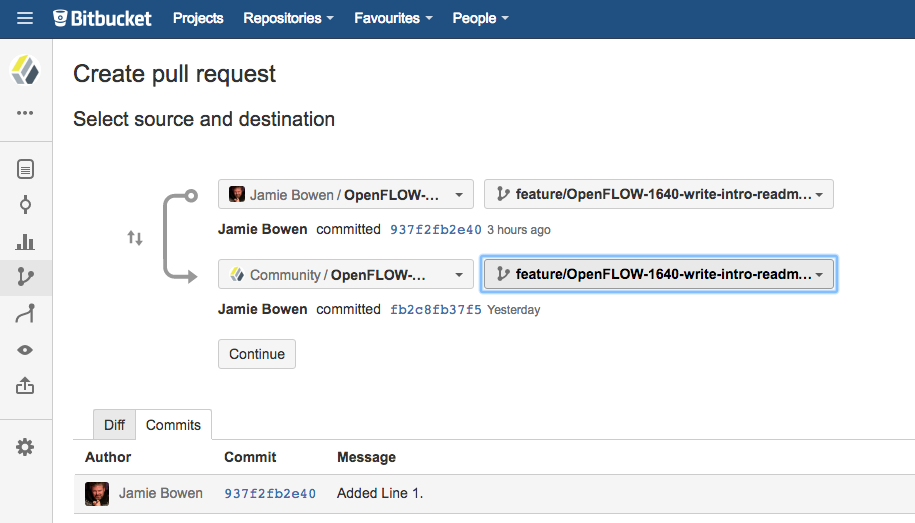 Then, after review the pull request gets merged into the Community OpenFLOW-Acme's feature branch, resulting in a commit graph that looks like this; 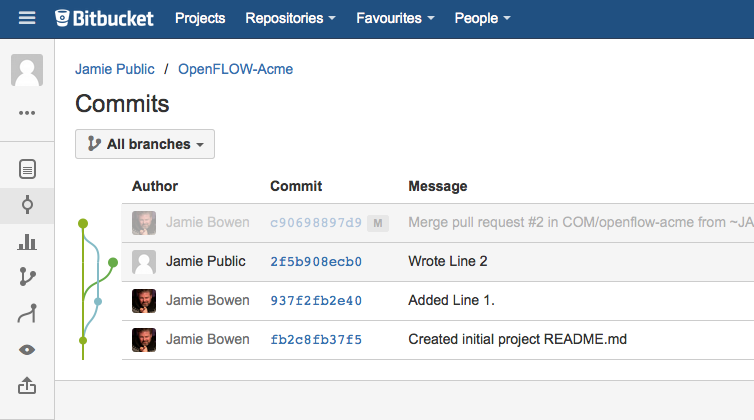 So now it comes time for Jamie Public to create a pull request for his branch in order to merge commit 2f5b908ecb0 into the main feature branch in the OpenFLOW-Acme central repository. This pull request is from; 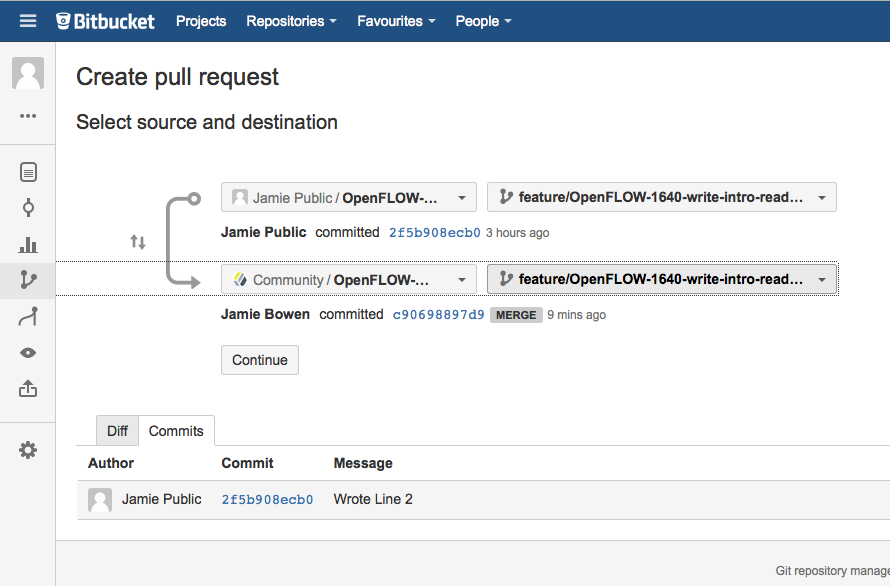 This time, the merge fails due to a merge conflict;

To resolve the merge conflicts;

Step 1: Fetch changes from the target repository (saving the target branch as FETCH_HEAD).

Step 2: Checkout the source branch and merge in the changes from the target branch. Resolve conflicts.

Which leaves the git commit graph looking like this; 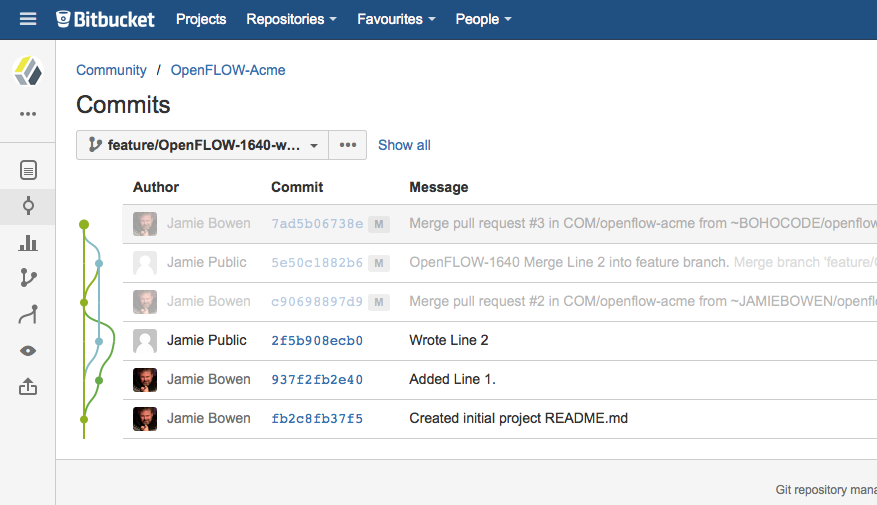 Obtaining in the Latest Project Changes

At some point during development it may be essential to merge in changes from the central repo's master branch. This can happen for a number of reasons:

To do this you will need to merge master into your team fork's feature branch.

Let's say that we need to read some config for our feature, and that the config reading code has been developed by another team, and that work is now in the master branch;

We need to pull this into out feature branch in order to continue development. Jamie Public will do this work;